Improve your accent with the International Phonetic Alphabet (part 3)

This is the 3rd part of a series and you may find it confusing if you haven't read part 1 and part 2. Let's continue.

As we saw, the IPA vowel chart has a distinct symbol for each vowel depending on whether it is pronounced at the front, mid or back of the mouth, whether the mouth is wide open or more closed, and finally whether the lips are rounded or lax (unrounded). There is also the colon ː which is used to indicate that a vowel is long.


This does not however cover some other aspects that may play an important role in the pronunciation of vowels. For example, you don't yet know how to represent French or Portuguese nasal vowels in IPA.


When there are any changes in pronunciation that don't fit into the categories from the chart, IPA uses accent marks rather than different symbols. The accent mark that signifies nasalisation is a tilde, as in Portuguese.


Nasal vowels still have the same categories as non-nasal vowels: they can be more open or closed, front or back, rounded or unrounded, just in addition some of the air goes through the nose. So when you see the Portuguese word mundo (world) transcribed as IPA /ˈmũ.du/, you know that you can achieve the ũ sound by saying /u/ as in the English word boot and then co-articulating through the nose. If you're new to nasal vowels, try using two fingers to gently squeeze your nose while saying /u/, and then work to achieving the same effect without needing your fingers, as you'd look silly speaking Portuguese or French on the street while squeezing your nose.


The nasal vowels used in French are:

You're unlikely to come across other diacritics on IPA vowels unless you're studying non-European languages.

When it comes to consonants, the diacritic you're most likely to see is the small h, as in pʰ . This means that the consonant is aspirated. What does that mean?


Let's do an experiment: place the palm of your hand in front of your mouth, at a thumb's distance. Say "tore" and "pour". You should feel a little burst of air on your hand. Now say "stop" - there should be no burst of air, neither for the T nor the P. This is because in English, the sounds /p/, /t/ and /k/ are aspirated only when they occur at the very beginning of a word, but not at the end of a word or after another sound like /s/. Compare the /p/ in pot /pʰɑt/ and spot /spɑt/ . Compare the /k/ in car /kʰɑː/ and scar /skɑː/ or tuck  /tʰʌk/.


When learning foreign languages, be aware that their aspiration rules are likely to be different. For example in German, /p/, /t/ and /k/ are aspirated also at the end of words. In French, they are never aspirated. In Hindi, aspirated /pʰ/ and unaspirated /p/ are a distinct consonants, so you have to be very careful to distinguish them, and several more such aspirated-unaspirated pairs.


If you're studying a Slavic languages, familiarise yourself with the concept of palatalisation, which is indicated by a small j (instead of h for aspiration) next to the consonant, e.g. /tʲ/. Palatalisation means that more of the tongue is raised to the roof of the mouth near the hard palate. For example, compare /s/ vs. /ʃ/ (as in Sue vs. shoe). For /s/ you raise the tip of the tongue, while for /ʃ/ you raise the broad side of the tongue towards the palate.


A Final Word of Caution

People are lazy, so if there is a general rule that e.g. /p/ is always aspirated at the beginning of a word, as in English, then you will find a lot of IPA transcriptions that simply write /p/ rather than the more complicated and more accurate /pʰ/ - they assume you know the rule. That is why it's important to also read the notes of whichever place you're consulting for IPA transcriptions. The notes will explain any assumptions and simplifications they have made. On Wiktionary, you'll see "IPA (key)", and you'll find the explanation by clicking on key. In print dictionaries, this is usually clarified at the beginning.


You now know everything you need to know in order to get started. There are still more exotic consonants and exotic diacritics, but you can acquire them when you actually study a language that uses them. Triangulation (see part 2) is your friend. Have fun! 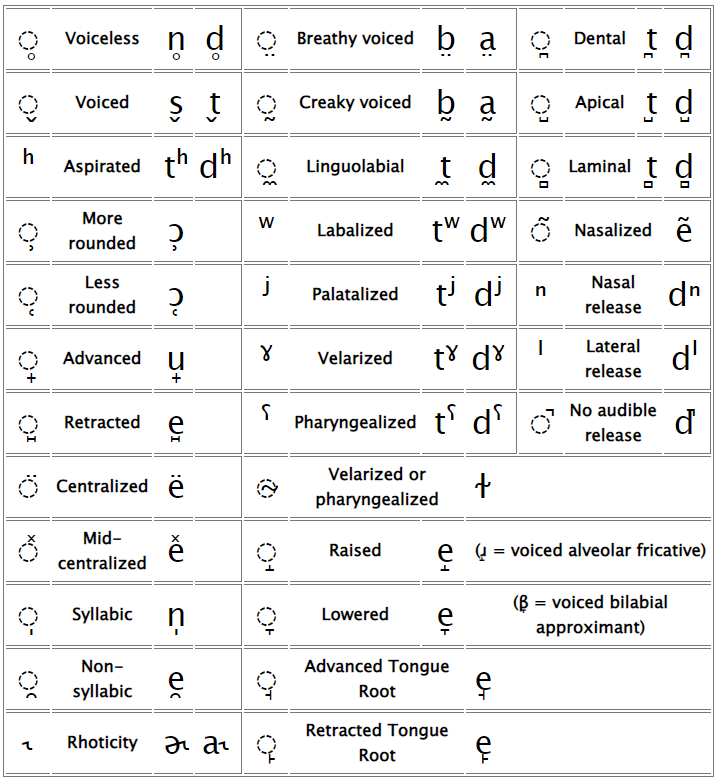