Dedicated to my wife, who tends to go gaga when listening to handsome older men speaking Nordic languages. 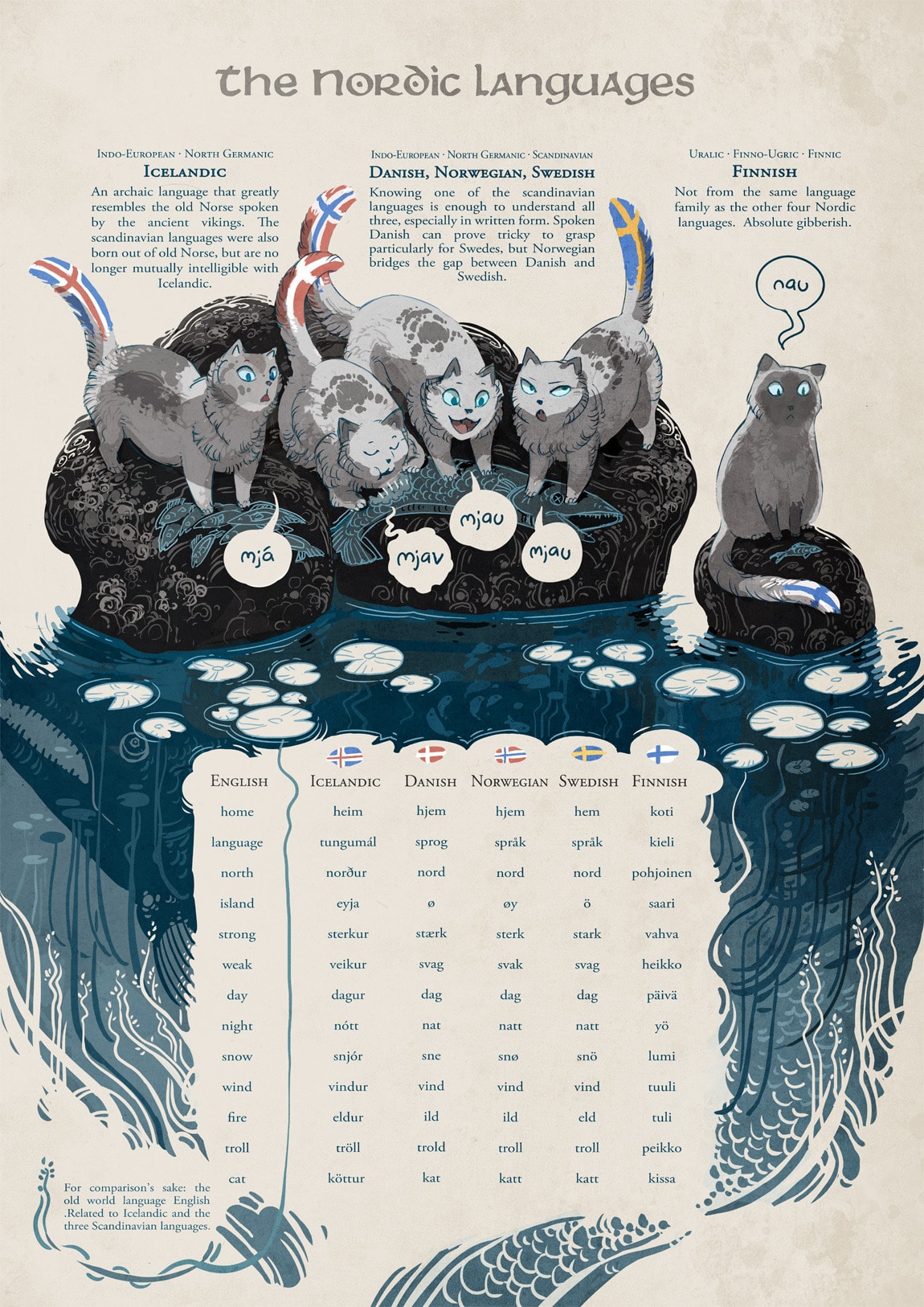 In my next life, I shall be a Nordic cat with green eyes and carrot-colored fur. And three tails. Just because.

"Finnish: Not from the same language family as the other four Nordic languages. Absolute gibberish".


Boy, I wonder who wrote that? Not a Finn, I am assuming.


Interesting to know Norwegian is probably the best entry into the Nordic languages. Unless, a Norwegian made the chart, then maybe bias is in play.

I can't really say! It's well-made enough that I supposed it was from a published body of work, but I can't find the source via Google reverse search. Perhaps its author really does have Norwegian leanings.


Like maybe the author has a three-tailed cat. Because you know. Science. ^__^

Ha, I had no idea about this.

Finnish kitty is cute and I wanna pet it

Once I read an article which said 'You can learn one Scandinavian language, and you'll get 3 of them in a pack' :D

According to this illustration, it is kind of true. I wonder how easily the natives of those languages can understand each other, if they speak each their mother tongue without modifying the speech :)

I found the source material. It wasn't a book after all; it was a webcomic. 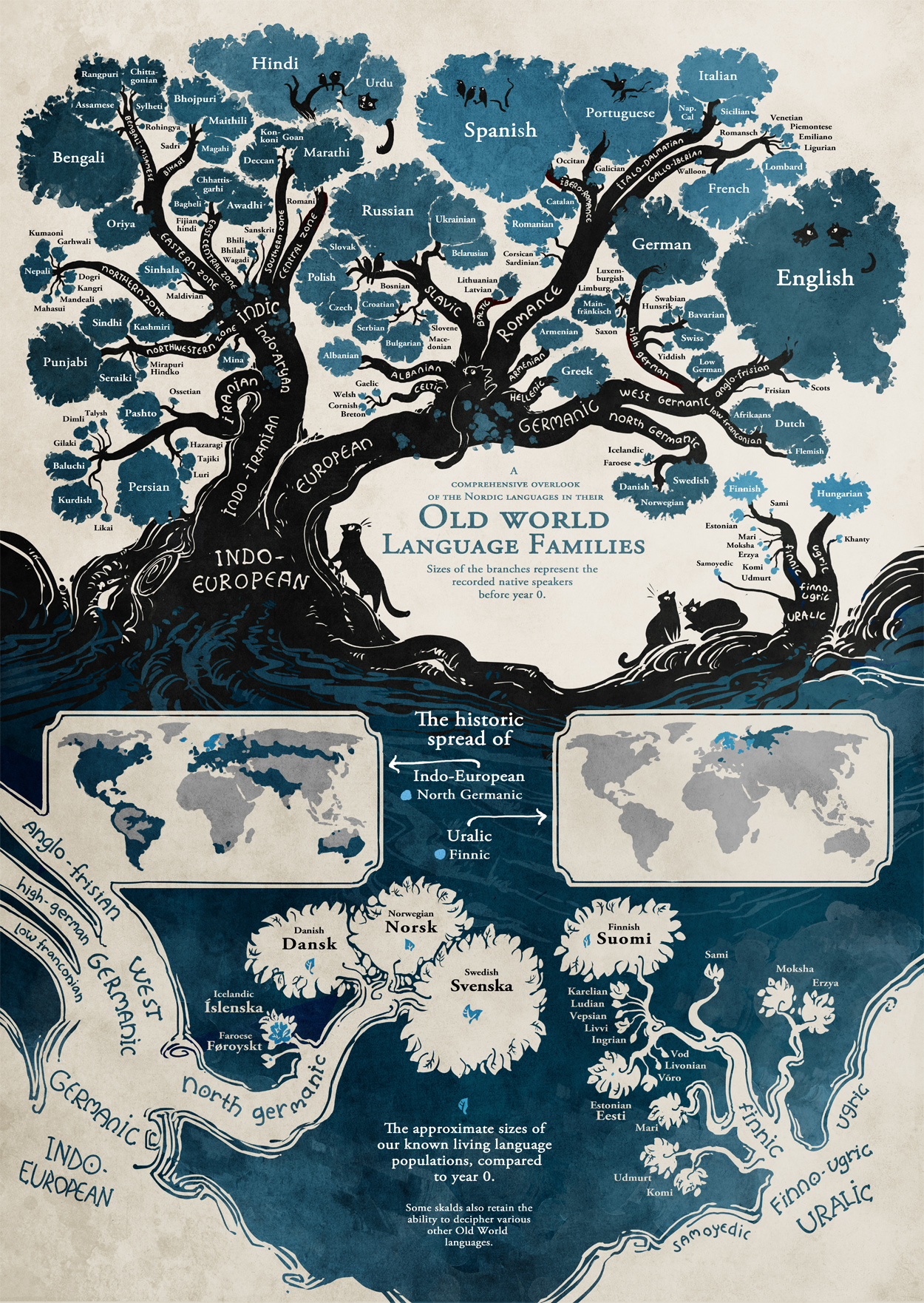 Phillip.Laplana wrote:
I found the source material. It wasn't a book after all; it was a webcomic.

The art and the fonts on this is amazing!

According to the literature I can find, English wasn't precisely derived from German. Instead, it was more like a sister or cousin to German and Dutch. Like three kids from the same family, except two of them got along really well and the third was just weird and kept talking funny.

And yes, it seems English was heavily influenced by French and Latin.


The diagram's author is distinctly Nordic, hence the theme of the comic. I don't know if there are other sites like it.

Phillip.Laplana wrote:
I found the source material. It wasn't a book after all; it was a webcomic.