Best Practices for Developing Your Vocabulary with Anki

Developing your foreign language vocabulary has to be the most critical part of learning any foreign language. Without vocabulary, grammar is absolutely useless, and practice impossible. It makes sense then to think about how to acquire a lot of words quickly and efficiently, in such a way that you will actually be able to use them in real-world situations.

Why use Spaced Repetition?

Language-learning science broadly agrees that Spaced Repetition Systems (SRS) are the best engine for moving foreign vocabulary into your long-term memory. The reason is that SRS works with your forgetting curve: it estimates how long it will take you to forget a certain flashcard and it asks you to review this card only just before you would have forgotten it. This saves you time compared to reviewing all the words each time. And it's more efficient than reviewing words whenever you feel like it, which may be too early for some and too late for others. When using a Spaced Repetition System, at the beginning, you may be asked to review a word the next day, then after 4 days, then after 8 days, then after 30 days... there is less and less work involved as the word enters your long-term memory.

Here's a neat visualisation of how this works:

Most serious language learners swear by Anki. It is not just free and open-source, it is also incredibly versatile and customisable, and there is a huge amount of ready-made decks for it. I actually coded my own SRS while in high school, but I stopped development once I tried Anki. It had all the features I was missing elsewhere and then some! That was over a dozen years ago and I've never dropped it - I have skipped studying for a week or a month at a time, but never uninstalled the app.

The main reason Anki is superior to other SRS is because it can store any kind of info (not just text but audio, video, even playable chess or Go problems!) and it can recombine this info when quizzing you - see the section titled "Have a different field for each kind of info". Also, Anki allows anyone to write plugins for it and many people have done so - gamifying your learning and speeding up card creation by pulling in audio, translations, transliterations and sample sentences from other sites. My most creative use of Anki was to use it to go from nothing to understanding a Japanese TV series in just 30 days.

Best practices for Anki (+ other SRS)

Having used Anki for over a dozen years now, here are some of the things I wish I had known from the start. A lot of these will also apply to other Spaced Repetition Systems:

Study regularly and in comfort. You want to feel good while studying. Seeing the statistics on how many words you have moved into your long-term memory is rewarding, but you should also make the process itself rewarding, e.g. by sitting comfortably on your couch or your terrace, within reach of a fresh cup of tea... create the kind of environment where you don't want to get up and leave. And make that a habit that you associate with Anki. Aim to study 10 minutes every day. If you look at your watch and the 10 minutes are up, you are free to stop even if Anki still has more cards for you. Don't set a timer though. If you look up and already 20 minutes have passed, be happy that you managed to be so immersed in your target language that you didn't notice the passage of time. In order to be able to study in comfort, you probably want the mobile app. The Android app is free and the iPhone app is well worth the money - so much more convenient to sync, plus you're supporting the guy who has worked for free for 15 years (so far) to code the desktop software.

If you fall behind, don't sweat it. A lot of people get demotivated by decks that have huge "due" numbers after holidays. I usually decommission those decks (not deleting them, just grouping them under "Inactive") when I've fallen behind too far and I don't feel bad about that: the main purpose of these decks was to help me memorize the new words and expressions I encountered during the last two weeks' of study. So if I skip a lot of days, those words and expressions will no longer be as relevant, I should put them on the back burner and instead focus on memorizing the words that I encountered more recently. I will bring back words from older decks if and when I run out of more up-to-date stuff to study.

Set a brisk pace, except when you're not. I generally only look at a card for 4-7 seconds before I decide whether to hit Easy, Good, Hard or Again (= did not know at all). Going through a deck quickly like this feels good to me; like a sport. And after all, even if I would have remembered the solution after 15 seconds, that is as good as not remembering it at all. When using a language in real life, you won't have 15 seconds to remember a word. Sometimes though, when I keep having to hit Again on the same card, I take a minute to invent a mnemonic for that card. Most cards don't need a mnemonic in order to move into long-term memory.

Focus on Production (English to target language) cards. Many of my decks have ONLY production cards, no recognition cards. In my experience, if I know a word well enough in order to be able to produce it, I'll also definitely recognize it in a text. So by testing myself on production only, I save 50% of the time it would otherwise take me to go through a deck.

Reduce reliance at the advanced level. Once you are consuming a lot of target-language media, decommission any decks that test you on basic vocabulary in that language. You will review it automatically through your consumption of media. I also don't believe in having decks covering advanced vocabulary, because in my experience I develop a better, more intuitive grasp of these words and when to use them (vs. when to use similar words) if I learn these words naturally by consuming target-language media, even without looking up meanings (tying foreign words to English is a losing concept once you're beyond everyday vocabulary). The only time I might use Anki for an advanced language is if there's a useful expression that I want to be able to use actively and that I might not hear so soon again, e.g. a slang expression that I heard while visiting the country if I don't live there.

Avoid having cards with a single word. Sometimes it's unavoidable, but for the purpose of being able to use the word naturally in conversation, the ideal card would have a chunk on it, a collocation of words, e.g. not "question" but "a hard question", so that you learn the correct article and a typical expression at the same time as you're learning the word for "question". When we speak a language fluently, it's because our mind has stored a lot of 2-4 word chunks, NOT a lot of single words. If all your brain had was a storage of single words, it would not be physically possible for the brain to retrieve these words and recombine them with grammar at a speed suitable to fluent conversation.

Use pre-made decks in moderation. Yes they save you a lot of time - but the time that you would have spent on creating the deck is also time during which your mind is centered on the target language. Creating Anki cards (like writing paper cards) is a way for your brain to start learning the words. The other issue is that pre-made decks are usually not perfect for you in terms of the vocabulary that is covered. They will teach you words that you won't ever use and they will miss expressions that you use a lot. So if you do use a pre-made deck, be sure to delete everything that seems useless to you and to add any expression that you needed during conversational classes.

Have a different field for each kind of info. E.g. when studying Chinese/Japanese characters, don't put the characters together with the romanization in a single field. You will see the Latin letters and ignore the characters. The power of Anki is that you can recombine the information. When testing yourself on the characters, you can have just the characters show up on the front of the card and romanization+meaning+example sentence on the back. When testing yourself on production, you can have the meaning on the front of the card and characters+romanization+example sentence on the back. This would require two different sets of cards if you used paper flashcards, but in Anki it's just a recombination of information. BUT: recombination only works if you enter the information into separate fields.

Make use of sub-decks. For example, I have the following Anki decks for Russian: !2022::Russian::italki, !2022::Russian::TeachYourself and !2022::Russian::Top5000Words . This means that the first order of grouping is by year - to distinguish the decks I'm actively studying this year from the inactive ones or the ones I created for purchase. (Do buy my decks if you're studying Chinese, Greek or Esperanto.) The ! in the name ensures this deck stays on top. The second order of grouping is by language of course. The third order of grouping is by where I found the words, or also to distinguish my home-made decks from ones I got from the Shared Decks section. This means that when I have a lot of time, I click on Russian and study everything. When I have less time and I'm preparing for a 1:1 lesson with a teacher, I click on !2022::Russian::italki in order to review the words my teachers taught me during previous lessons, so that I don't have to keep asking for the same stuff.


Anki, being so versatile, has a bit of a learning curve, but nothing that watching a Youtube video or two won't cure. Give it a try for a few weeks and you won't want to memorize vocabulary any other way anymore! Good luck with your studies! 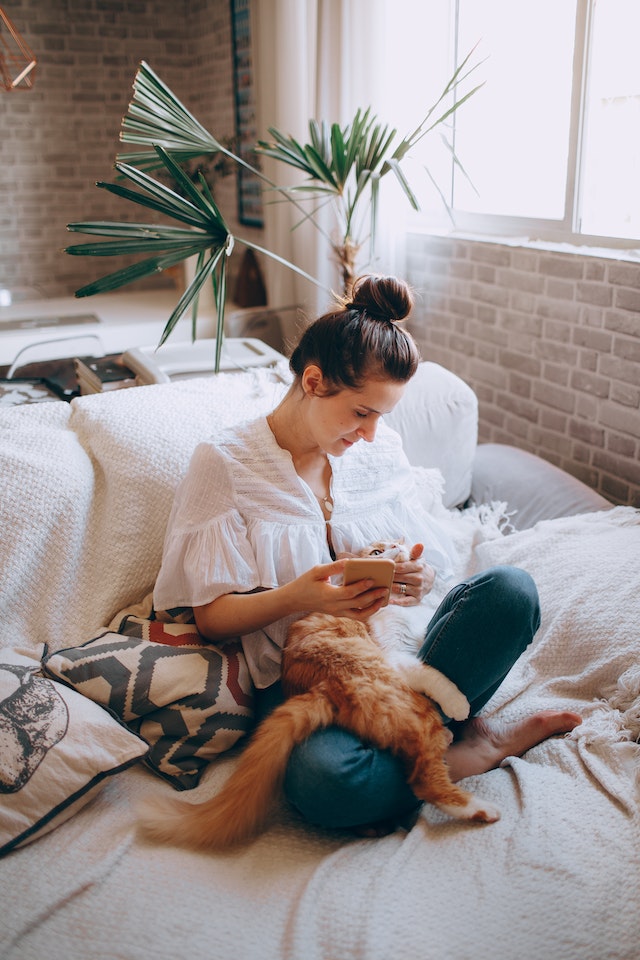 Edited 6 months ago
2
#1
Do you want to crush your language goals? Sign up here.
ADMINISTRATOR

This is some good information. I started using SRSs in 2005, with Supermemo. Back then, people didn't really understand what it was, and they thought I was insane for using it. It had a really steep learning curve, I mean, learning how to use it. But it was so much better than what I used to do - review words in a notebook full of vocabulary lists. Anki was a big improvement over Supermemo, with a lot more features, cross platform and shared decks. In the early years of Anki, there was this big surge of popularity amongst Japanese learners. To make a long story short, they overestimated and overused it, resulting in a temporary crash in popularity in that group. There are still many over-users of Anki these days, and I warned about it in this blog post.

Edited 6 months ago
1
#2
Want to learn more? See the other blog posts